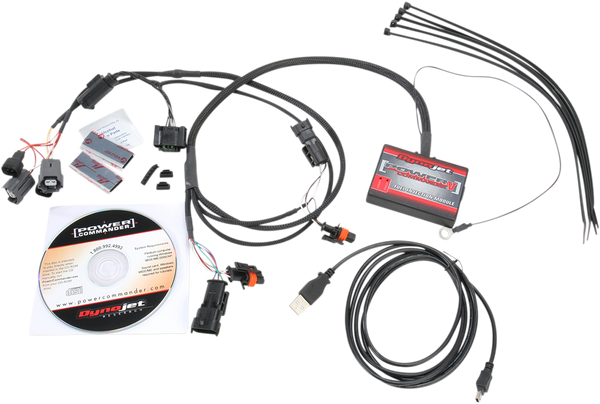 Expedited Shipping Requests Available
Take control of your performance with this highly customizable Can-Am Commander Power Commander V by Moose. Utilizing OEM-style connectors and flexible adjusment tables, this unit will plug in where you need it to put you in charge of your performance dynamics.

Less than half the size of the PCIII USB

With gear-position connected, the PCV is capable of allowing each cylinder to be mapped individually and for each gear

Ten throttle position columns (up from nine on PCIII USB)

Made in the U.S.A