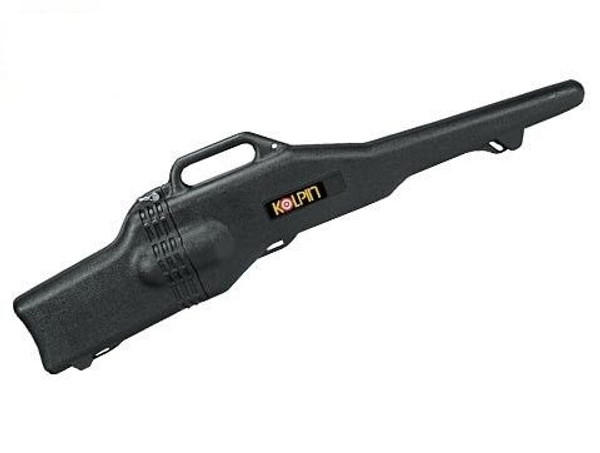 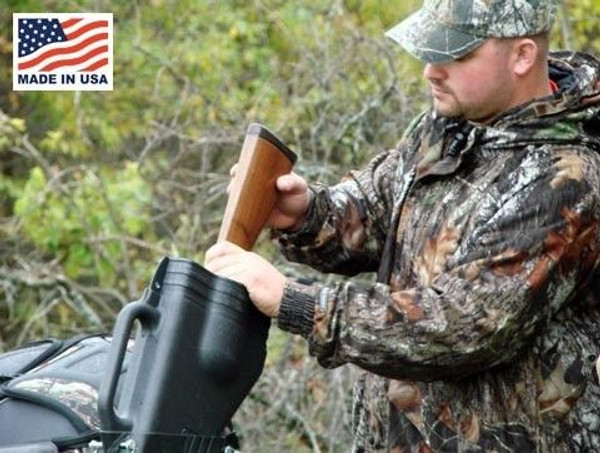 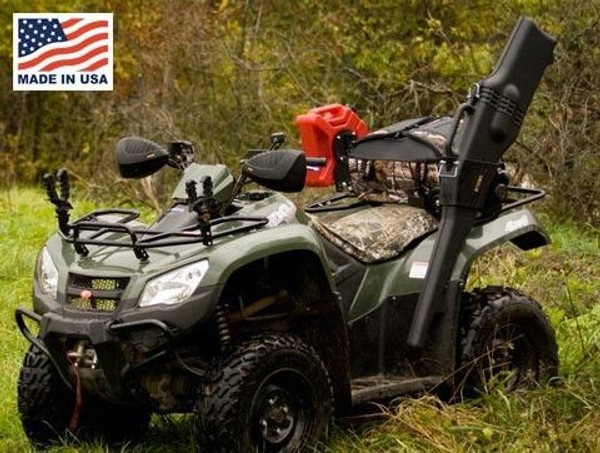 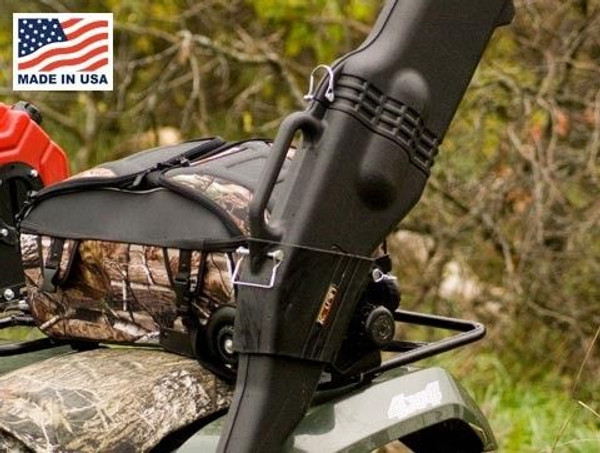 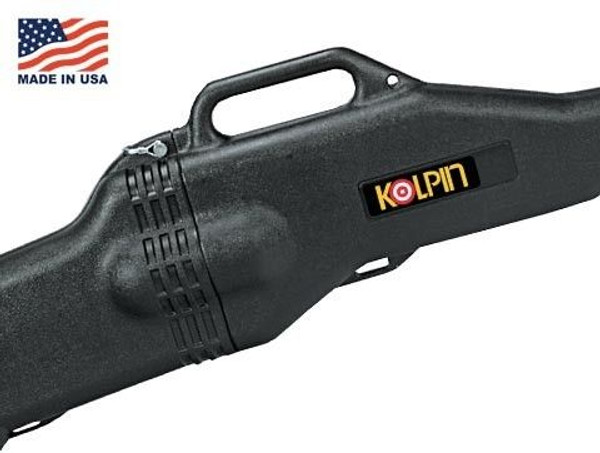 This Commander Gun Boot IV hardcase has an ergonomically design handle and molded in attachment points for a sling.  This Black Gun Book IV accomoadates left and right hand bolt action rifles and shotguns.  There is ample room for 50mm scopes and even rifles with slings attached.  The hard shell provides resistance aginat the outdoor elements.  This gun case includes removable shock absorbing foam and nylon liners for superior protections.  Keep your investment (rifles, shotguns, ect.) safe in this Black Gun Book IV for your Can Am Commander.