Common Issues With The Can-Am Maverick, Commander, And Defender

Current Can-Am side-by-side owners tend to be very vocal, especially in online forums. That is a good thing, though, for any prospective future Can-Am owners.

Because they made it easy for us to compile this list of the most common issues with the Can-Am Maverick, Commander and Defender for you!

Let’s start by prefacing the fact that Can-Am UTV owners are for the most part extremely satisfied with their side-by-sides. But, you know how it is known that people tend to only take surveys or leave reviews when they’ve had bad customer service?

The same goes for frustrated Can-Am owners too. And you can’t really blame them in some cases…

So why don’t we jump right in to some of the common issues you may encounter:

While researching patterns of woes among the Commander community, a few topics stood out in the crowd.

It seems the Commander is hot.

Not just because it looks great, but literally, physically hot. Older models of the Commander had the engine and exhaust placed in the mid/front of the cab. Both of these pieces produce tremendous amounts of heat, making the cab unbearable in warmer climates.

Owners that have a Can-Am Commander Cab Enclosure experienced the heat buildup even more than those with an open cab. Some owners even report their passengers stating the heat was too unbearable to ride in the passenger seat at all.

Thankfully it looks like the newer models with the engine and exhaust behind the cab have remedied the situation for the most part. Owners of the older models sometimes use Can-Am Commander Heat Shields to try and reflect some of that heat with mixed results. If you live in a cold climate, however, this heat may be a good thing during the brutal winters!

One other small but very common issue to mention stemmed from the 2012-2014 era Commanders leaking coolant. It turned out they had inadequate hose clamps on the connections to and from the radiator and engine that could fail and cause slow leaks to ensue.

A simple fix of proper aluminum or steel clamps such as the Can-Am Torque Double Ribbed Constant Tension Clamp by Force Turbos fixed that issue in the majority of cases.

Common Issues with the Can-Am Defender 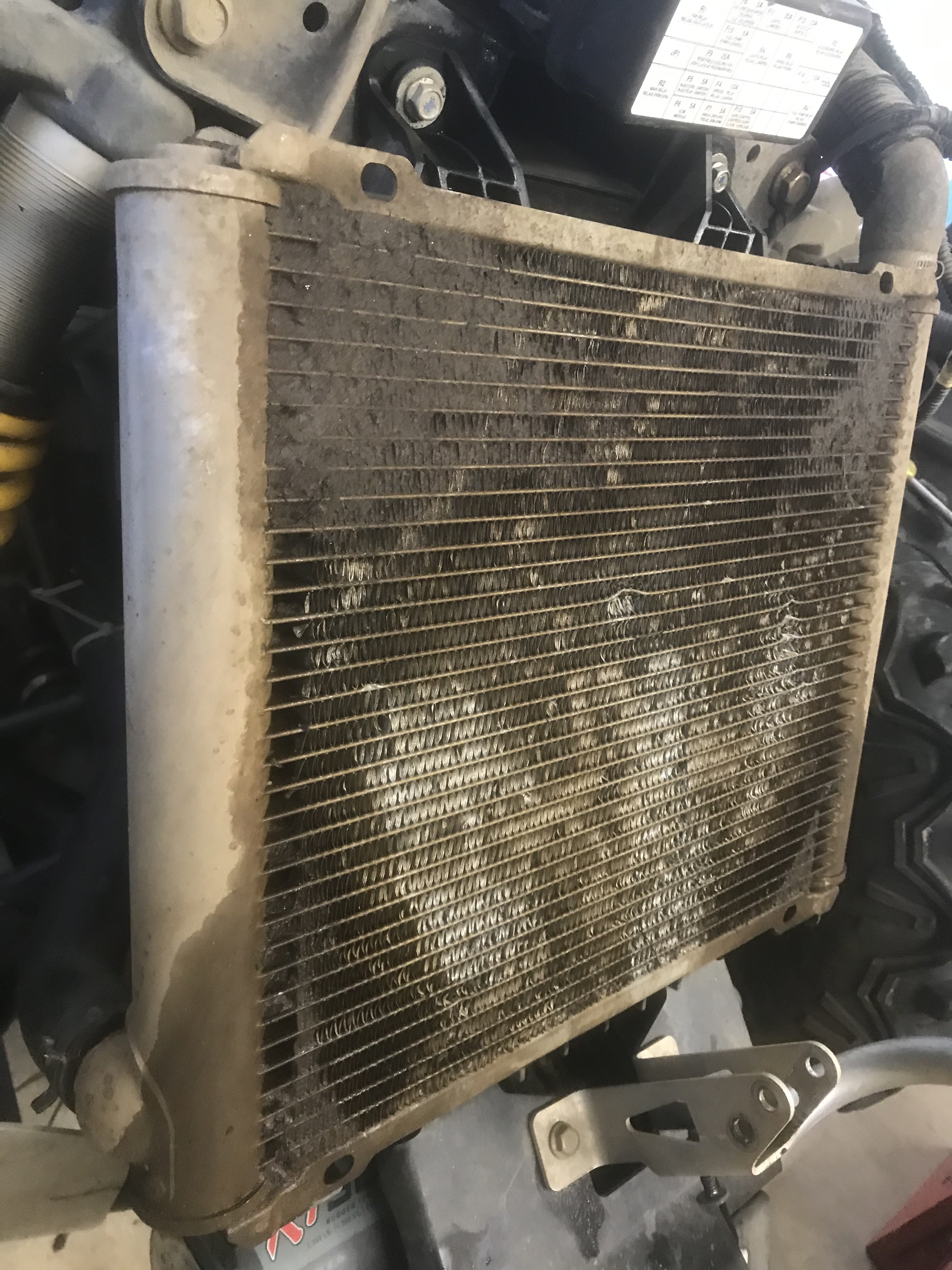 With so many Can-Am Defender owners in the world, reports of owners having similar issues were bound to come up at some point.

One such problem tends to be engine overheating.

This issue appears to be specifically due to the radiator surface becoming clogged. Mud, dirt, grass and other debris builds up while blazing down trails. When it clogs up the outside of the Can-Am Defender radiator, it can no longer dissipate heat properly and engine overheating quickly ensues.

Satisfyingly, this issue is quickly fixed by spraying off the mud and debris with water. Alternatively, a growing number of UTV owners are choosing to be proactive rather than reactive by relocating the radiator. Moving it to a spot on the side-by-side that keeps it out of harms way ensures you can ride all day without having to worry.

Owners of older Can-Am Defender models report another issue that pertains to the type of fuel they were using. When they reported issues with the engine running oddly or not at all, it was sometimes due to them running 91 octane fuel instead of the 87 octane that the UTV was calibrated for.

Newer Defender models, however, run fantastically on 91. Whats more, if you live in a frigid climate where freezing temps are the norm, 91 octane non-ethanol fuel comes highly recommended the lack of water in that fuel brings less issues with freezing temps and allows the engine to run better in cold conditions. 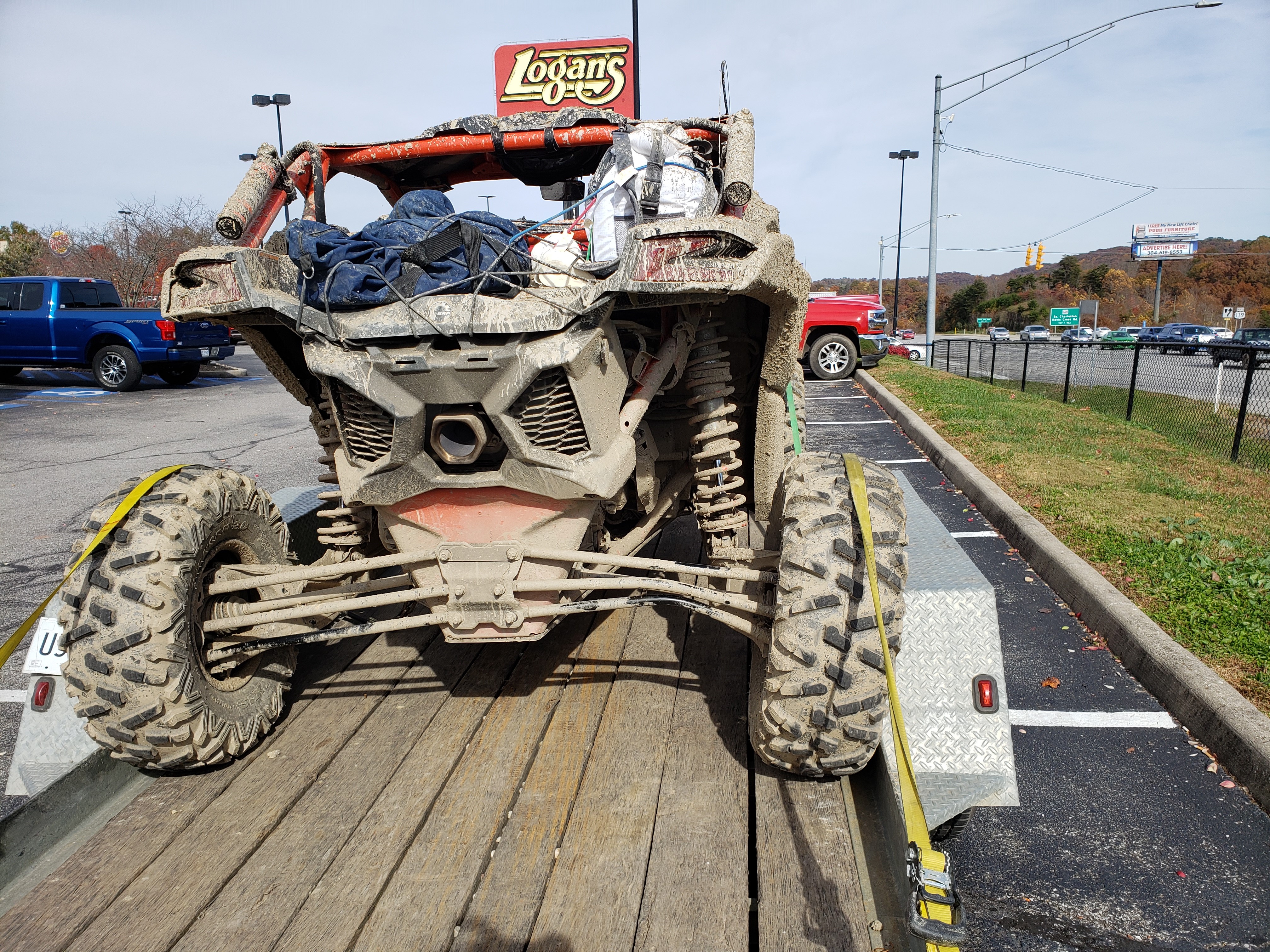 Mavericks are known to be an off-road monster, and people use them as such.

As it turns out, however, the Can-Am Maverick Radius Rods are a tad susceptible to damage from terrain and abuse. They can bend, and even break, leaving you in a world of frustration out on the trail.

Replacing them isn’t a big issue, but preventing the damage in the first place is a better course of action. Increasing your ground clearance easily puts the radius rods out of harms way.

This can be done easily with a set of Can-Am Maverick Portal Gear Lifts, as well as Can-Am Maverick high-clearance A-Arms and a-arm guards to keep everything up and out of the way.

Funny enough, there was one issue with the Maverick that stood out more than any other issue:

Or more specifically, the lack thereof.

The stock Can-Am Maverick door handles turn out to be nothing more than some nylon fabric straps. Owners call them flimsy, useless and a slew of other adjectives.

We are pretty sure the fix here is as obvious as it could be: replacement 6061 aluminum Can-Am Maverick Door Handles. They install in minutes and give you the solid handle you should have had from the factory, as well as look 100% better than the nylon straps from before. 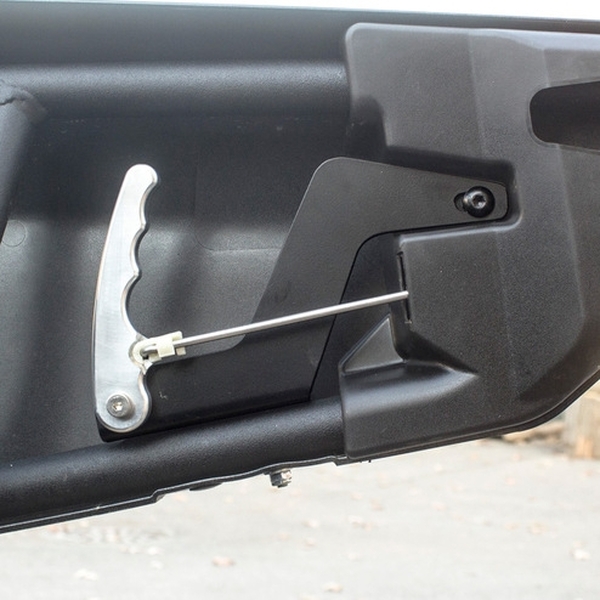 Issues Common to All Can-Am Models

While not model specific, these issues came up while researching the Maverick, Defender and Commander.

Voltage problems can arise from having too many aftermarket electrical accessories. This is due to the stock alternator not having an adequate voltage output for your Can-Am winches, aftermarket stereos and aftermarket lights.

Upgrade your alternator, and add a Can-Am Dual Battery Kit to get rid of this inconvenience before you’re left stranded on your next Overlanding and Camping trip!

Although a common issue among all side-by-sides, one seemingly common problem that popped up for the Maverick came from the fuel system.

Particulates and impurities tend to build up in the fuel pump, fuel injectors and even the fuel lines. Once the build up is enough to block fuel flow, your UTV can stall and cease to start entirely.

Replacing fuel filters, clearing fuel injectors and finally replacing or rebuilding the fuel pump entirely will rid you of this issue.

Now that we are here at the end, I really hope you found this list of common Can-Am Maverick, Commander and Defender problems useful in your hunt for knowledge!